Chelsea playmaker Cesc Fabregas is set to remain at Stamford Bridge beyond this summer as Manchester United edge closer to completing the deal for NemanjaMatic. 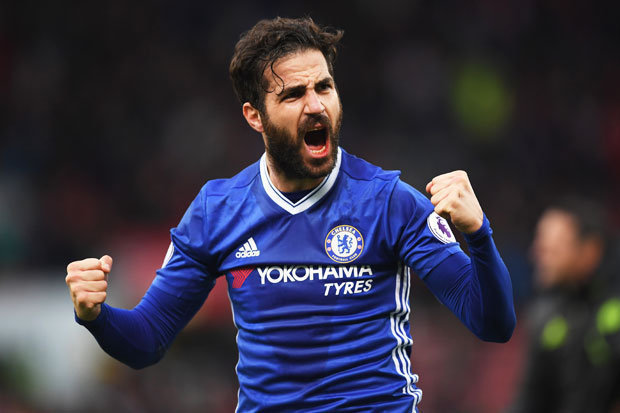 The Bluesseem to prefer to lose the Serbian than letting the former Arsenal and Barcelona man leave.

TiemoueBakayoko is reportedly almost done with his move to Stamford Bridge from Monaco. He would be the replacement for Matic while Fabregas remains the creative force in the middle.

For most time last season, N’GoloKante paired Matic in the middle while Fabregas came on mostly as a substitute to create chances. The pair of Kante and Matic was successful as they played a crucial role in the middle as Chelsea strolled to the title win in Coach Antonio Conte’s debut season.

The creativity of the Spaniard in the middle gave him the edge over Matic and United’s interest was timely. Conte does not mind much for strengthening a top rival like Jose Mourinho all just to retain Fabregas and free cash for other things.

The deal for the French player Bakayoko is expected to be completed soon. The 22-year old defensive-minded player is a direct step up from Matic while Fabregas retains his creative freedom in the middle.

Fabregas himself has been linked with a move to AC Milan where he could get regular time, compared to his experience last season. However, the Spaniard seems positively predisposed to remaining in England, even with the 2018 World Cup approaching quick.

Man United have been linked with Eric Dier of Tottenham but Matic seems an experienced hand and cheaper option in defensive midfield. This would also free Paul Pogba from some responsibilities in the middle so he can move forward more – a thing the team would profit from more.